In the face of the current environmental issues and in order to actively participate in implementation of strategies for sustainable development, we shall bring together researchers from the natural and archaeological sciences. Although paleoclimatic data increasingly enable us to propose reliable models for ancient climates (rapidly changing climatic episodes in the Holocene, hydrological crises, poor agricultural years…), only a rigorous utilization of archaeological results will allow evaluation of the impact of climate on the development of societies.

The Master’s/Doctoral and Seasonal Schools cursus will propose diachronic and transcultural insight into major environmental changes that marked the history of humanity. The strategies adopted to cope with these changes will be identified and analysed to see which of them were the most efficacious. What was the extent of their repercussions, but also their impact on social, economic and political organization? To what extent do these strategies reflect the capacities for resilience of societies, communities and individuals? Finally, what is the impact of these changes on collective representations, beliefs, symbols and myths, yesterday and today? 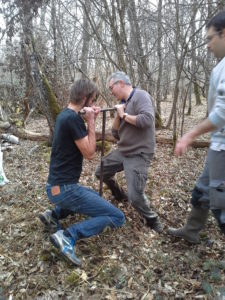 Subsequently, we shall take up case studies pertaining to various research areas of the participants (archaeological operations, excavation-site schools, preventive excavations) that will serve us as pilot projects. The students will be engaged in setting up and implementing all of these (training sessions, subjects of master’s and doctoral dissertations).

As an example, the construction of terraces characteristic of the Mediterranean from the Bronze Age on (around 3000 BCE), has proven to be an effective strategy to fight against erosion due to heavy precipitation in spring and autumn. Today, when there is ever more flooding due to climate change, an international research programme on dating and construction techniques for terraces, linked with a salvage project and development of responsible ecotourism could emerge from this work.

Crop-raising in the rural areas of the Paris Basin during the Iron Age and the Roman Era gave rise to increased soil erosion and the corollary of clogging of a great number of floodplains. The safeguard of wetlands has now become a major issue for safeguarding biodiversity. 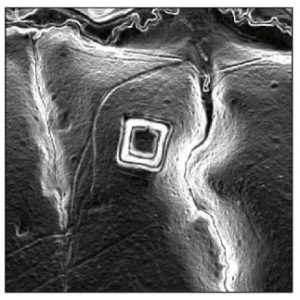 The ways that the people of Tuamotu (French Polynesia) adapted to an insular environment with very limited resources can provide us with some elements to respond to current ecological challenges in the region.  Forests, often perceived as immemorial, have now been revealed through Lidar (laser imaging detection and ranging) to cover many plots, farming structures and habitats. Forest archaeology can thus renew our vision of ecosystem management over the long term, both in fairly low-population areas in France, as well as in Amazonia or Central America, where many archaeological traces of vanished civilisations have been discovered.